Time is running out - The grace period ends soon! Click 'Renew' and log into your member profile to start the self-service 2021 renewal process. 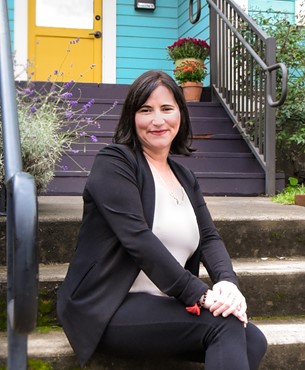 Kerri originally hails from Ft. Lauderdale, Florida, and moved to Oregon in 1997 from Boise, Idaho, where she has lived and served her communities between Portland and the North Oregon Coast for nearly 24 years.
Kerri is a third-generation REALTOR®, enjoying over 16 years of personal real estate experience as the owner of Hartnett Homes Group, Brokered by Premiere Property Group, LLC, where she has specialized in moving clients mindfully through life since 2004. Kerri has a reputation for building lasting relationships with clients, embracing their goals as her own, and accepting a high level of responsibility for their satisfaction. She is also the owner and Chief Creative Officer for Ohm Girl Consulting, LLC, where she offers training and consulting designed for mindful real estate professionals looking for a balanced approach to success.

Kerri has been an active member of the Women's Council of REALTORS® Greater Portland Network since before she received her license. She launched her career by working to obtain her PMN designation right away and quickly found success in business and relationship building. She immediately began serving the local Network as Secretary, Programs Director, President-Elect and eventually making her way up to local Network President in 2010. She also served at the state, regional and national levels in various roles throughout her journey. Kerri has served on the National Women's Council Executive Committee since 2016 and has helped to shape the Council as it operates today. Her goal is to empower others to become the best version of themselves through the cultivation of the various skills offered to our members.
Additionally, Kerri was a graduate of the 2014 National Association of REALTORS® Leadership Academy and has served in many positions at her state, local and national REALTOR® associations including; President in 2017 for the Portland Metropolitan Association of REALTORS®, 2020 Political Affairs Chair for the Oregon Association of REALTORS®, 2020 Oregon state and National Association of REALTORS® Director. Kerri was also honored as PMAR's REALTOR® of the Year in 2018.
In her downtime, Kerri enjoys volunteering her time through local service providers and community food banks. She is passionate about her yoga practice, her son Makai, her fur baby Short dog, her human friends, dance parties, traveling, cooking, long walks on the beach, learning new things, meeting new people, and having fun with everything that she does.