Renew your 2021 membership dues today! Click 'Renew' and log into your member profile to start the self-service renewal process. 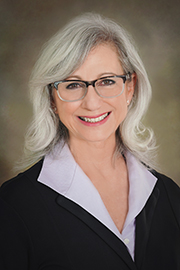 President: Pamela Banks
RE/MAX Prestige
Lake Worth, FL
pamelabanksrealtor@gmail.com
Pamela Banks lives in Unincorporated Palm Beach County, near Wellington, Florida. She has lived in Florida for a very long time...and although she calls Florida home, she is originally from New Jersey.
She attended Broward Community College in Fort Lauderdale studying Business Communications. She married her high school sweetheart in 1980 and started her family in 1982. She has been married for 40 years and has three grown sons and three beautiful granddaughters.
Pamela began her sales career selling cosmetics and continued as her children grew in such diverse areas as hair supplies and advertising. She parlayed an early job selling ad sales for South Florida Horsemen into television productions sales for the PBS outdoor program Trailside. While these experiences were exhilarating she wanted a change and a friend convinced her to go into real estate.
In 2000 Pamela got her real estate license. She entered the profession with the same enthusiasm and thoughtful consideration as she had done in her previous careers and began working at Coldwell Banker. After three years, she moved her license to RE/MAX Direct. Her referral and sphere of influence business increased and that is where she was introduced by her broker to the Women’s Council of REALTORS®.
She immediately immersed herself in the Women’s Council and was asked to help rejuvenate the local Network. In 2004, she became the Vice President of Membership. Her involvement continued and she ultimately served as the President of the Greater Palm Beach County Network in 2006. Her vision and ability to recognize opportunities provided the local Network with a clear direction and growth.
In 2016 Pamela joined Keller Williams Preferred Partners as their Luxury Director. Utilizing her skills and influence, she facilitated training and recruiting of luxury agents. She also served as a Productivity Coach, mentoring and sharing her knowledge with agents.
In 2019 she moved her license to RE/MAX Prestige a conveniently located office in close proximity to her home. She is surrounded by seasoned agents and great office staff making the move was a business decision that she is glad she made.
She is involved in her local and state Associations serving on committees and is currently a Board of Director for Florida REALTORS® and the National Association of REALTORS®. She is also a Sterling R President’s Circle RPAC contributor.
In 2011 as Chair of her Association’s Community Outreach Committee she founded a benefit 5K for the Barrier Free Park, a facility for disabled children and adults. The fun run/walk is now in its 9th year and has raised over $50,000.
Since becoming a REALTOR® and a leader in the Women’s Council, Pamela has dedicated her time and talents to a profession that is her passion. She promotes public advocacy, challenges the status quo and raises the bar of professionalism in the real estate industry. She exemplifies...Excellence You Can BANK On!